I should be whipping up spooky little tales.

Setting up corn field obstacle courses that will make people shit their manties.

Dang it! I should be a Halloween-happy fiend of productivity! 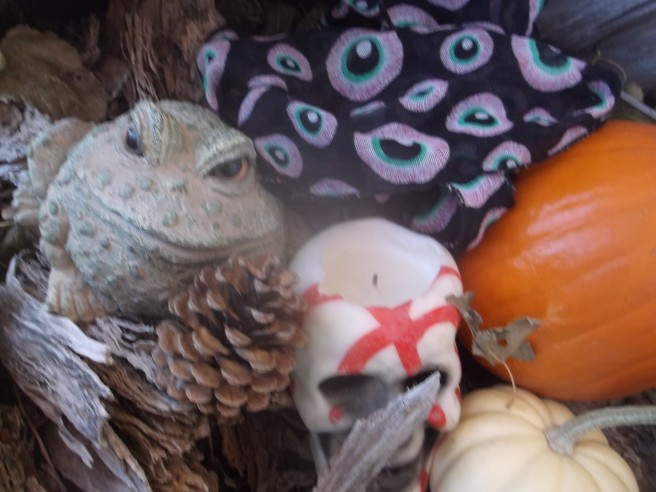 I’m watching Father Ted. I’m also not writing. Bigly so. My brain remains serenely blank. Like a giant piece of blankness. Nothin’ up there up blankness.

So!! I did some marijuana trimming. On the Blue Diesel, on the Hawaiian, on the Star something. Yeah. The plants have names. Did you know that?

Your reefer has a specific name for a reason. Connoisseurs of reefer can lovingly talk about properties, high qualities, etc…rather like those wine freaks can talk about barrels, soil and grapes.

Reefer growers can talk, for hours, on the troubles they’ve had with a certain plant. On bud size. On stickiness and gumminess. On which plant is mostly all star buds. Which plant is not all star buds but sports some good solid gigantic, super-giant, buds. Which are easier to trim, so I’ll give them points here, fellow babies. On how people really like reefer that’s named after berries. Blueberry anything, for example, is a good seller.

You have to hand trim. The machine to do this, that would replace the people-labor portion, is rather spendy. As is all farm machinery. At least, the small aunt-run operation I show up for can not field an expensive piece of fiddly machinery.

Where was I? Father Ted.

I’ve been watching this twenty year old Britcom. Craggy Island. Catholic priests. It’s gut-bustingly funny. To me, at least. I know the star of this series has died of a heart attack before he turned fifty.

There’s also a housekeeper [Mrs. Doyle–Pauline McLyn] prone to pratfalls and absurdities. Which the British excel at. It’s rather like Monty Python meets the Vicar of Dibley, except Father Ted never ever ever seems to go near a church. Mm? Oh yes, Graham Norton shows up as a priest from time to time. And he’s HYSTERICAL. Oh my sainted aunt!

Anyway! It’s soothing and funny. The comments below the episodes [I’ve found this over on Youtube.] speak to a longing when comedies were not so PC, or policed by the SJW’s of today. Yeah. You just want to start laughing at that, too. Remember back when comedies were full of racist stereotypes and we could be awful to non-white people? Remember back in the good ole days?

So, today, I will force myself to write. Something. Anything. To splash some words on that blankness in my head. Or just go outside and play with the two dogs. Or watch some Father Ted, marvel at how great it was twenty years ago to be openly crappy to others.

one of my fav episodes back when TV was really entertaining and funny when people didn’t go all PC gawd i miss those days yes yes that would be a ecumenical matter–shane upham, commenting under Father Ted Are You Right There Father Ted?

Sorry, no review, this time, of Father Ted. I can’t seem to gather enough thoughts to write up a little something on Ted and the gang of priests. I do recommend the episode where Ted and Dougal try to write a song for the European song contest show. Eurovision? We don’t get that here in the colonies. They came up with a song about a horse. I kid you not. The scene where Dougal and Ted have been up all night, trying to write that song, is just. I! Oh feck, it’s about the funniest fecking thing I’ve seen in a goodly long while.