Got around to watching the Handmaid’s Tale. And being an almost writer, had some thoughts and notions and impressions. Which went on rather long-ish. So I’m chopping my review/primal scream/ramblings into two parts. Here we go:

It’s the red dresses, the white hats that act like blinders on the women. Rather like one puts blinders on a horse. That red of sin and menstrual blood and fertility and death. The women walking in pairs, the flap of their cloaks, their faces so careful. So careful. The least betrayal of their actual thoughts could get them killed. Everyone, though, in Gilead, seems to be playing a part. The honesty seems gone from the very air even as people murmur constantly their allegiance to some truly tyrannical deity.

If you’ve not seen Hulu’s The Handmaid’s Tale, with Mad Men’s Peggy front and center, or Elizabeth Moss as some call her, you should. It’s…timely. So fucking timely. And yet it has an ancient grit to it. That grit of slavery and bodies exploited for the common good and a god used as a hammer to make everyone fall in line. Oh, we’ve seen this tale, it’s not a new one.

It wasn’t that long ago, after all, that women couldn’t have their own bank accounts. Or own land. Or run a company. Or attend school to become a doctor, a lawyer, an engineer of some kind. It’s only been recently that single women could get birth control openly without having to lie or obtain it illegally. You had to be married. Why does a single gal need the Pill for? Mm!

That was reflected upon in another great show–Call the Midwife, which chronicled the dawn on the Pill hitting the market and so forth. There was even a bit about a widowed Lady Mary, on Downton Abby, having Anna buy condoms for her. In the 1920’s. Anna got slut-shamed pretty hard at that chemist shop.

We seem to forget that openly buying birth control is a relatively new thing, since about the seventies or so and it’s still controversial here in America. There are groups working against it, as well as being rabidly ‘pro-life’ or pro-forced birth. As these same groups seem to drop any concern or care for that child once it’s born. So it seems.

Oh gosh, and the big one. Voting.

Being able to help decide who runs your country. Who gets to speak for you in the halls of government. 1920 is when women won the right to vote in America. Woman had actually run for office earlier than that, in protest.

Women started being included in the American government. White women became grudgingly more and more common in the rank and file of Congress’s elected officials. Jim Crow laws, laws against Native Americans and the Chinese and…mm. America, you sure got a weird notion of who’s a citizen and who’s not. Even when born here.

The handmaids never allowed to wear anything else. That almost theatrical costume that marks them as human livestock. They are not free, they are watched constantly, they are guarded from taking their lives. Offred’s predecessor, for instance, hung herself using her own bed sheets.

What God would want any woman treated like that? Like birds in too-small cages, being asked to sing songs that ring with such false notes? What God is that?

I sat there and binge watched this show and wondered that. What society wants to follow a God that thinks so poorly of women? 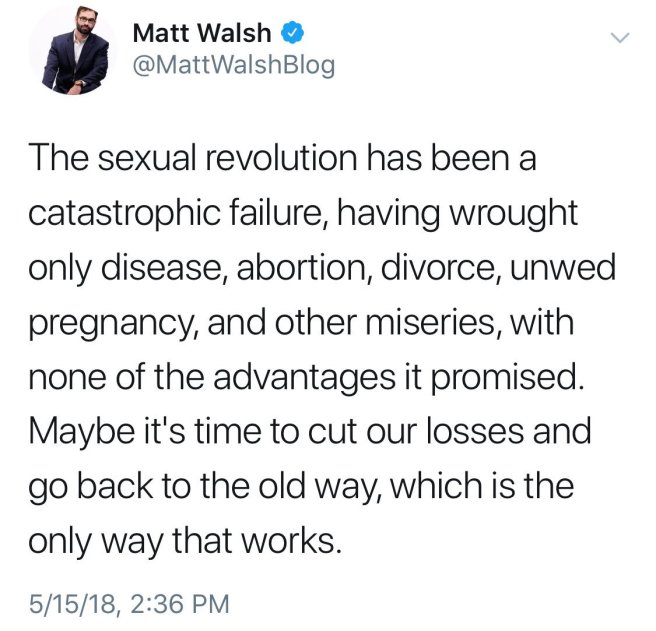 I hear that in my head. I hear it all the time in American society now. So called traditional values being used to justify the devaluation of women, the curbing of rights to anyone not a straight white male, the attempts to force LGTBQ folks back into closets, the snarling against the other known as immigrants, etc, etc. That ‘animals’ remark…

Conservative values seems to be they can do whatever they want and everyone else can suck it. That seems to honestly be what Conservatives stand for right now. It’s rather a little bit, or, a lot, scary. There doesn’t seem to be any opposing force to this yet. Yet.

Handmaid’s Tale showed, rather than told, very well why women didn’t openly rebel. Because those that did ended up swinging gently from ropes or they disappeared. Just gone. Or they came back with eyes missing. Or a clitoris.

One of the Of-girls, played by a Gilmore Girl! had ‘gender traitor’ qualities. She was gay, in other words.

This was found out, and since she was fertile, she was given a judgment of mercy.

Oh sure, she got to live and go to some new household where once a month she had to shave her legs, take a ritual bath and then get raped. By a commander. Be raped as the wife held her arms down and watched her own husband rape another woman. All in the name of God.

But this ‘gender traitor’ can’t act on her sexuality, or so the reasoning goes behind mutilating a woman’s genitals; she has been stripped of not only her identity but an attempt has been made to actually erase her essential self.

Her standing there with that heart-shaped bandaging between her thighs…we see her break. And she doesn’t scream or cry, she just breaks with a quiet ghastliness that actually hurts the viewer as well. This was silence screaming, if you will.

This was a reminder that such things have happened to women, to little girls, fellow humans, since a long time ago on this very planet. With dull knives used and no nice modern surgeon and anesthesia. That such things happen now…

And we get a small flashback scene where the commanders speak about renaming this rape-itual as the Ceremony.

They KNOW what they do to the handmaids and their own wives is gross, creepy and fundamentally wrong, wrong, wrong and yet instead of facing that, and facing their own filthy dark hearts, needs and beliefs, they rename the damn rape day for PR purposes. That’s what God wants? Lies and theatrics and costumes and…?

So this Gilead doesn’t seem to run on honesty or truth, but on theatrics and mirrors and smoke so a few men at the top of this theocracy can reap some substantial benefits while nearly everyone under them suffers, burns silently, or burns openly and dies, or gets mutilated or sent off somewhere to work in a place of nuclear contamination or in a secret brothel everyone seems to know about.

The Jezebels, where we find out what happens to June’s best friend, Moira.

Everything in this ‘new’ society seems a gag-inducing farce.

We get a hideous picture of this in Commander Fred Waterford’s household.

The wife, Serena. Who helped craft the very laws and customs that now chain her into a narrow, icy role of sexless wife who must watch her husband use the handmaids that come into their home like a teen boy might use a sock. Or a flesh rocket.

That handmaid becomes both sacred vessel and sex toy. Without a name of her own.

But poor Serena and I do feel an actual measure of pity for her, in between bouts of picturing her riding a chainsaw as someone pours salt over her…because it would hurt more. And salt is very Biblical.

She had to become single-focused on Offred becoming pregnant or there’s literally no reason for her to exist in Gilead. If she’s not wheeling around that trophy baby, she’s relegated to arranging flowers and abusing the handmaid and the Martha. She’s also used as corporate wives are so used– to make the man look good.

Go look up how Hillary Clinton got compared to Barb Bush, for instance. One was a scheming, too-ambitious cold monster, the other a cookie-baking, cuddly grandma type. Mm.

Serena’s ambitions and dreams must be subverted and funneled toward the man in her life.  She wrote books, she gave talks, in the old life. Clearly, Serena was a sort of Ann Coulter figure, using the very things feminists before her had won with such hard work and sacrifice to decry feminism itself.

She must now look good and act perfectly, to be a credit to Waterford. She must embrace this new role of hers or face uncertainty and chaos. She is a monster because she had to become one to survive.

I also think, and here the writers and the actress came together in small, brilliant little moments…I also think Serena didn’t think it all the way through.

She didn’t realize Gilead’s rules would include her. I honestly think that’s part of her deep, savage divide, one of her many layers. That bitter realization that she’s just as trapped as Offred and who better to take that out on? She can’t go after Fred, after all. It would bring her down as well. She would no longer have a place of some value. She might become a Martha or have to find a new husband and start that cycle all over again…suppress herself for yet another’s man’s fragile ego and standing among the other men. It would be unbearable, so she puts up with Fred.

Which is rather a throwback to the days when divorce was nearly unheard of and everyone looked the other way about the true nature of your marriage. Told you to bear it, marriage was for life.

A good wife has to wait for her moment of revenge.

Like the wife of Warren did. Warren, who, of course, had a side thing with their handmaid, the one-eyed mad girl Janine, or Ofwarren, who actually managed to get preggers and bear a kid.  That wife threw her husband to the lions without a backward glance. We feel Serena would toss Fred, too, if it came down to it.

There is a definite caste system in Gilead. These wives are a higher rank than most, and coast on that with a carelessness that makes you wince and cringe. Because we see that. In real life. All the time. We see the privileged talking about how they managed to make their own toast one morning because the cook had an emergency. And expecting applause and endless praise…for some small ordinary act the lesser mortals take for granted.

That scene of Janine giving birth upstairs and the commander wives offering Offred a cookie, a treat. Treating her like both a whore and a child, at the same time. As if Offred had a choice in being a handmaid.

Well, she did. Which would have involved her being executed or tortured or banished to the Colonies. And she has a daughter.

Somewhere. That she hopes is still alive.

So we understand very well why June goes along and does what Aunt Lydia and the others want her to do…pretend she’s some obedient fertile cow for Jesus.