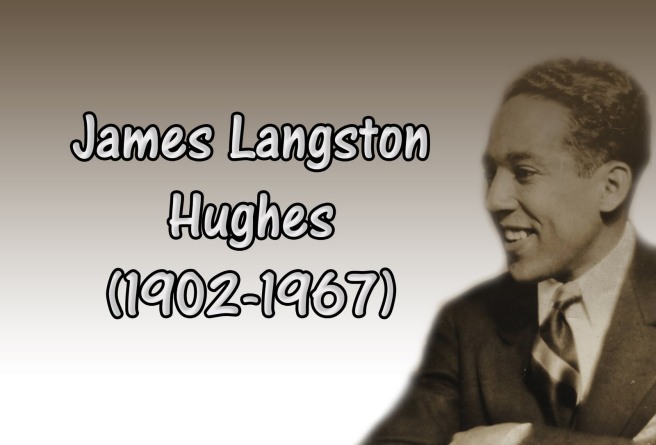 I’m so tired of waiting, aren’t you, for the world to become good and beautiful and kind? Langston Hughes.

This was written a long time ago, in a world strangely just like now. Where minorities are hated and feared and blamed for everything wrong. Where racism is front and center, as it never really left the building AKA America. Where Christian power is cruel, cold and self-serving. Where ‘little people’ get stepped on with great abandon and reckless sadism by those with even an inkling of superiority that they are not ‘one of those takers’ or…

Yes. We’ve been here before.

Many times, in many ways. Where the divide between groups is Grand Canyon sized. The Grand Canyon might very well become a memory if the current gubbermint greedsters have their way with it and rape it death for its resources. Mining companies, oil conglomerates, private developers, yippee skip.

I am a bit gloomy right now. A lot, actually, but I didn’t wish to rain on anyone’s parade. As you’d have to stir about and find an umbrella or maybe check the weather reports for a good day for a parade. I don’t want you actually paying attention to my rain, because I’d have to declare some sort of truth and then wearily defend it against those frog people from the ‘other side’. You know, those weird frog people called Pepto or Peepo or Peepie La Pew…yep.

Waiting for someone/s to come save us all is fucking exhausting. Waiting for some magical savior to rise from these streets and bitchslap the crap out of the current GOPers brings on real malaise and the need for cookies and milk and a long long long nap. Are we going to get an FDR-esque sort to rise from whatever’s left of American politics? A ruthless, ballsy/ovary-bold sort who takes on the Bad Guys and wins the day? FDR has taken on mythical status, and no, I never forget the actual man behind all that. Okay? Okay.

It’s what we do here in America.

We wait for someone to come save us. Our politicians, our rock stars, our Hollywood stars, our…those with any sort of public face.

We wait placidly–except for those who take to the streets and shout things about oppression and a new dawn–for that mystical SOMEONE ELSE who will tell us where to squat and lean. “Where are our leaders?” has become the current battle cry…instead of an actual battle cry said by actual sorts who ‘stepped up’. As no one can agree or come together behind a solid banner…that squabbling over just what issue gets top billing instead of hey, let’s just get our people into office and then deal with this, that, the other. Bernie Bros versus everyone else versus feminists versus those who don’t need feminists because they’re not victims lol…yeah. 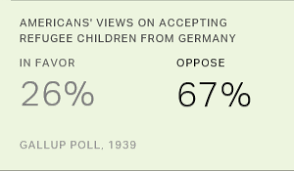 Pumpkincunt, the Great Pretender in Chief, the Liar’s Liar, made promises. Bigly ones. [Its still campaigning and holding rallies. Sad!] Those promises sounded super-bitchin’ and when said REALLY LOUD drown out the whispers that drift from the ‘other side’ that maybe this orange con-thing has never kept its word or been successful at much of anything at all except self-promotion. Fake news! You libtard losers should just get over it. You upset, snowflakes? Her emails and Pizzagate and Uranium One! 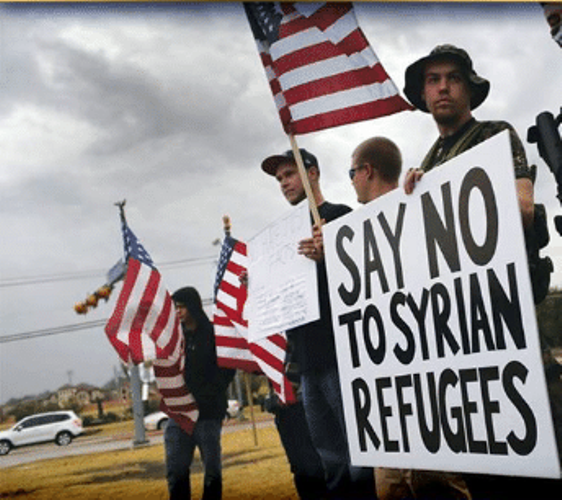 I also saw where the Bible offered to slaves, in America and elsewhere, had all the passages about freedom taken out. [Parts of the Holy Bible, Selected for the Use of the Negro Slaves (AKA “Slave Bible”) 1808. Though called “Holy,” it is deeply manipulative. Based on the KJV, it omits all entries that express themes of freedom.] That was in the Museum of the Bible tweets, by the way. I am reminded of today’s so-called Christian Right, who seem to omit any calling out to be kind to others not born to wealth and privilege. They also omit where the Bible mentions offering help to refugees and travelers, as so and so were strangers in a strange land. [Exodus 2:22, as said by Moses. Wow. Huh. Gee.]

Imagine the Bible with no Exodus. Go ahead. I’ll wait.

I hear that America is just going through a bad patch and everything will magically restore itself. Checks and balances, checks and balances will restore everything and we’ll all hold hands and skip. There will be glorious sunsets, apple pie, puppies and root beer for all!

I also have a bridge for sale. And have had a child with Bigfoot and Nessie lives in my bathtub and Jesus appeared on my English muffin just this morn. 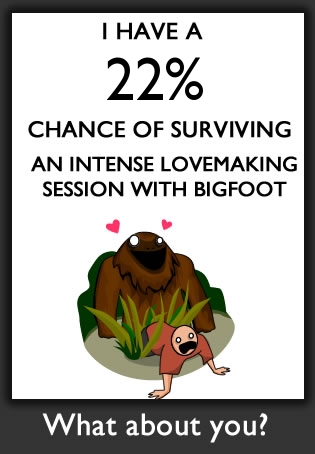 Now!! What am I doing to ‘take back my country’? Sigh. Not much.

I think I’m going to have to actually do more than mope and whimper and retweet this or that. I once thought America would never have another civil war or reasons for massive protests or go through a Nixon-esque escapade ever again. That we had learned our lessons. That we were protected from such shenanigans. [Checks and balances, checks and balances…if repeated enough, it becomes a mantra and meaningless sounds.] 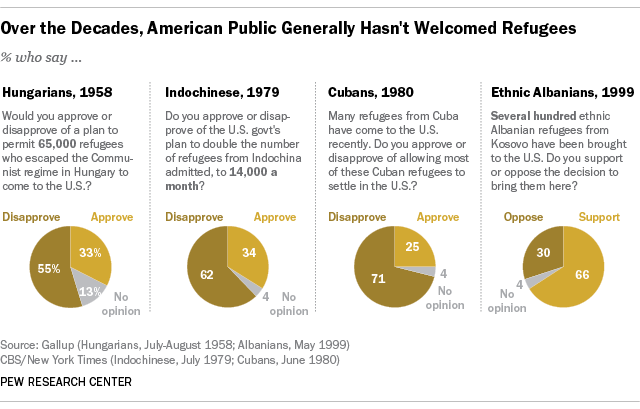 That we would not react like racist fucktwits over the next wave of refugees coming to our shores. [Cambodian boat people, Rwandan fleers of genocide, Somali…yeah, there’s a list here! Not to mention the Irish, the Chinese, the Germans, the Russians, the…ergh a burgha bug fug a lulu.] That we would not be like FDR and other Americans in the days before and during WWII turning away those running from Poland and Germany, etc…who happened to be Jewish. [We just had International Holocaust Day in January, after all. Never forget. Right? Uh huh.]

I keep waiting for others to wake up [omg I hate that fucking phrase. It gets used more than a box of Tampons but is far less sanitary.] so I don’t have to. I never went to sleep, of course. I [almost never, I promise!]  ignored the good, the bad and the truly astoundingly ugly. Except when it was inconvenient or it caused waves or I didn’t want to face ridicule and scorn or even violence against me or…uh huh. I am no crusader. [Except with words once in a while. Maybe.] I wish I were. I prefer to be left alone so I can write silly things in peace.

I have been called an ugly bitch by my own family and learned to MUMBLE A LOT, internalize everything and go silent and hunch-shouldered and head down all the fucking time. Except I can’t please those who were never pleased with me to start with. Life lesson in there somewhere…

But I fear that time is over. Has been over for a long time. And I am hiding and being complicit and all the things that get thrown at those who hesitate. Who gulp at taking on the vociferous trolls and the earnest ranters alike. I’m so tired of waiting for the planet to find some sort of balance. I fear America will have to actually get a taste of fascist regime fuckery before it goes, oh, that’s bad, m’kay, lol, let’s get the gunz out and make speeches. We did have that one revolution, once, well, twice, and then there was that whole civil war thing but that was fought over state’s rights and…uh huh.

I also want to watch as those who think they won’t be affected by the current crop of awful laws being flung out and the mass deportations being planned and actually executed won’t be…affected or deported themselves.

It took me about half a year to get my correct birth certificate. It’s probably still not correct. I wonder what country my country will deport me to? Norway? Germany? France? Will they DNA test me before shipping me somewhere with twenty bucks in my pocket and English as my only language? [I can get by in Spanish, sort of. I am a true American, I never bothered to learn a second language. Gulp.]

I’m a liberal. A female. I can claim to be a Protestant on a good day. Brought up in the Lutheran church.

My grandmother’s birth certificate is in Norwegian. Will that affect my current ReelMurican status? Sure, it says she was born in Nebraska, but her mom and dad were not. [If they were, their parents were from the Old Country. Just sends a shiver down my spine!] She’s a damn anchor baby! I’m a product of CHAIN IMMIGRATION. Thanks, dad! Why didn’t you apply for that easy-peasy ReelMurican post card thingie so my entire family doesn’t get  sent back to NorGerFranDutchWhateverlandia?? I don’t speak EUROPEAN! They’re all SOCIAL COMMIE SPACE LIZARDS THERE. Everyone has FREE HEALTH CARE AND PAYS TAXES OR SOMETHING!

God knows what’s actually on my mom’s side of things. There’s one account of a relative who snuck over here from Germany/Bavaria/Bohemia…not sure there. And worked her way through Nebraska [both sides of my family can claim Nebraska as their Old Country]. She cleaned or invented cats, not sure there at all, either.

She also married someone who was not the father of her illegitimate baby. Slutty ancestors! Also, though, whenever her husband got mad at her, he made her sleep out in the barn, with her illegitimate kiddie. They had kids, however, [the guy who did marry her other than the guy who was not allowed to marry her because she was an immigrant and not good enough…] so it was just her and her bastard son out there. In the barn. Being punished. Traditional marriage, huh? What a hoot! So, that’s fun. Thanks, mom. I’m a double anchor baby product. God damn it!

I’m trying to gear myself up for a political protest beyond retweeting stuff and holding arguments in my head with current, super-stupid, relatives over this or that. I write a tiny bit better than I talk, so. Maybe a poison pen screed or seven will fill in my Civic Participation certificates.

While I wait for SuperPolitician to rise up and smack the bejesus out of the SuperVillains in the White House, a’course. Then I don’t have to bother with a feeble dribble of words. Hopes and prayers sent to me from me for that happy day. 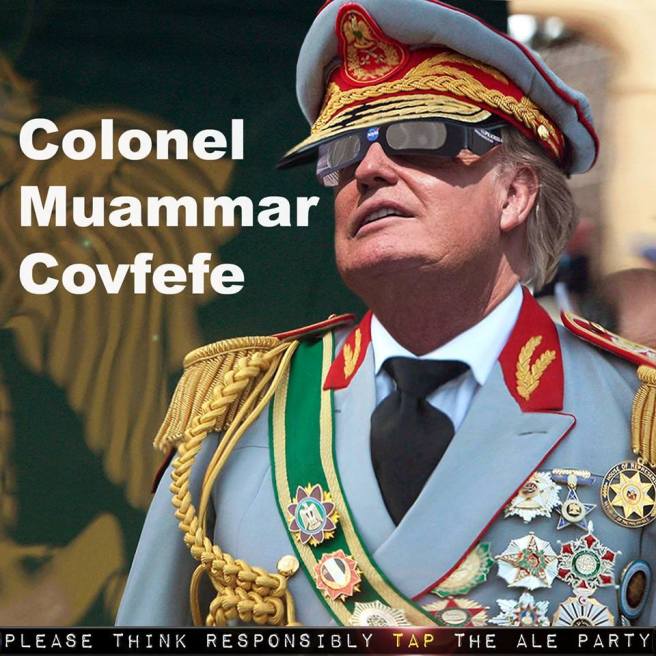