It’s hot here. There are giant cockroaches. And geckos call for mates from my ceiling. Chickens wander by in the early morning cool, peer at me as I peer at them. Wasps buzz against the screened windows, but they seem oddly gentle, not the aggressive American wasps that like to sting and sting, then come back and sting you again. Black wasps that just mind their own beeswax. The road in front of my small pink house is rutted, rocky, a dirt road. A man parks his moto right in front of my door each night– a little three-wheeled vehicle that you can hire to take you from here to there for about ten ‘ limps ‘ as the teacher from Kansas calls Honduran money.

They have the same motos in Bangkok– called tuk-tuks.

Today I will try and buy some fruit, fresh veggies and rice. Possibly get some more dry erase markers for teaching. Practice my bad Spanish on the tolerant people who live here.

It’s quite peaceful here. There are military police everywhere, but that’s apparently common. They walk around in their camo and guns– giant machine gun-looking weapons hanging from straps over their chests. I am not used to seeing military personal walking around as if they are in a war zone.

The teachers at the school are all younger than I am. So I won’t go into that here. But I am old and well seasoned, like leftovers. And they are fresh and green, like a cup of flour not yet mixed into cookie dough.

I’ll leave it there and expand this a bit later. 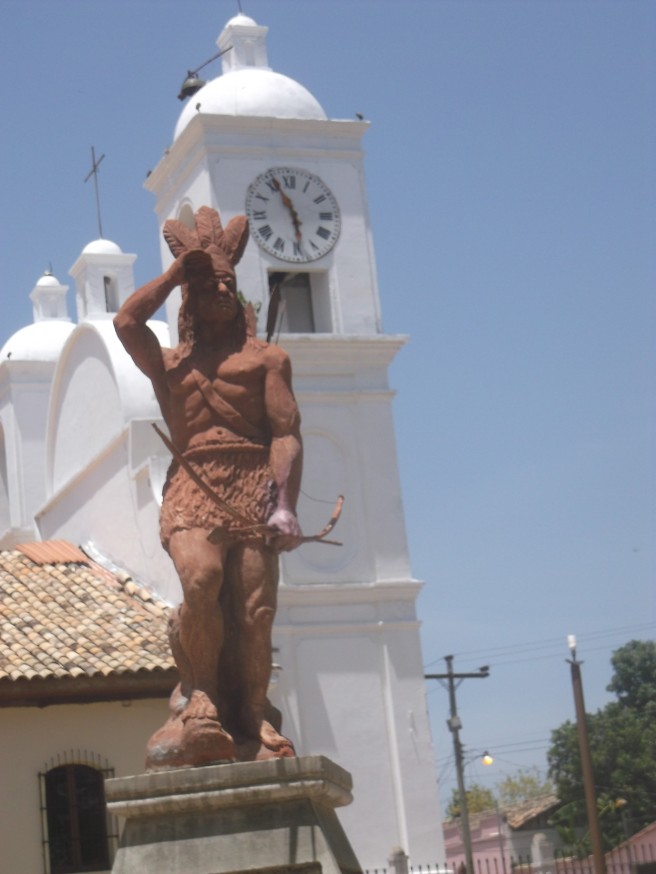